Antonia is a foodie at heart and grew up on an organic farm in the Cradle of Humankind area near Johannesburg. She worked in her family restaurant, Casalinga Ristorante Italiano, from her early years and eventually took over the reins.

Here Antonia learnt all the ins and out of the restaurant trade from her parents, Peter and Jenny De Luca.

Antonia went on to train as a chef in the USA, became an author and pioneer in the field of plant-based eating and completed a degree in marketing, entrepreneurship and an MBA in finance at Bond University in Australia.

Antonia launched her signature restaurant in 2010, Leafy Greens Café, which became a critically-acclaimed vegan and vegetarian restaurant in Johannesburg.

With the success of her cafe she launched her own brand of health foods called Antonia’s Botanicals with products now being sold throughout South Africa. Antonia and Jake expanded her restaurant business by launching the Il Caffe and Il Ristorante offerings at Casalinga Organic Farm. 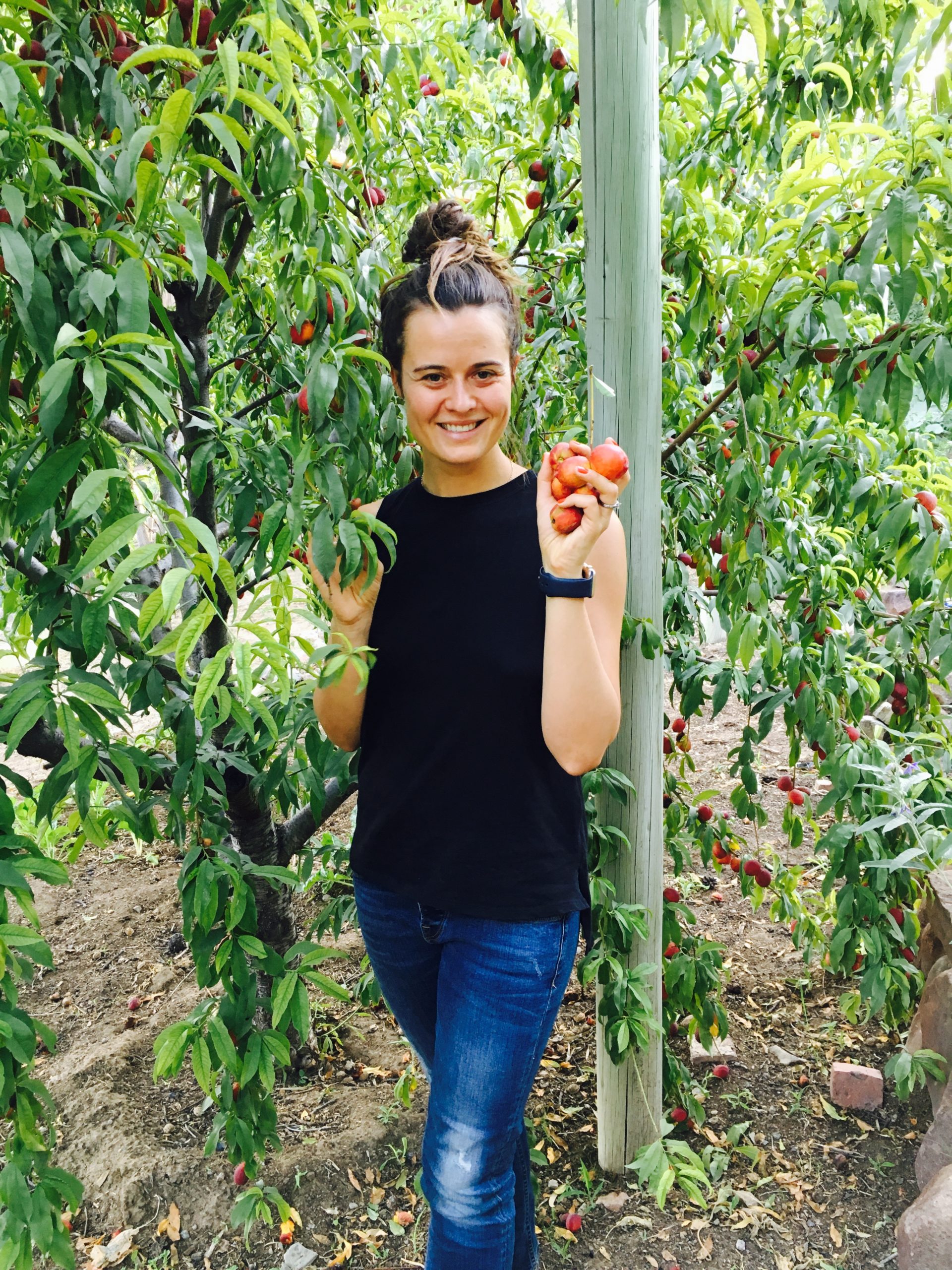 Jake grew up just down the road from Antonia on a small-holding on the outskirts of Johannesburg and spent much of his youth in the outdoors fostering his passion for wildlife and Africa.

He has travelled the world extensively having visited over sixty countries and still says the best place to be by far is right here at home and is most happy barefoot in the sand camping somewhere in Africa. Jake started his working career as a ranger and guide working in the Waterberg and the Greater Kruger areas.

Professionally he is a qualified chartered surveyor and has degrees in financial accounting, economics and in real estate. Jake has worked in property for many years ranging from investment management in London to property development in South Africa.

Jake turned back to his childhood passion and started the online agency Safari Index specializing in safari bookings throughout Africa. Jake recently launched Aspect Earth which is a tour operating outfit focusing on bucket list eco-experiences throughout the world.

Mila is a bright and experienced restaurant manager who brings her beaming smile and welcoming energy to The Farmery. Born and raised in Cape Town, Mila arrived in Hoedspruit in 2020 and has quickly become part of this close and connected community.

Mila is wholly dedicated to her work and jumped at the opportunity to work with Antonia and her team. Mila lives and breathes hospitality and is excited to bring her experience and ideas to The Farmery. Passionate about creating experiences for guests, Mila consistently goes above and beyond for everyone she meets. She has an intuitive understanding of needs of guests and ensures everyone is always taken care of in a way that makes them feel truly seen.

When is she is not at The Farmery Mila is a social butterfly, she always knows what is going on and is happy to help you make the most out of your time in Hoedspruit. She is a wonderful singer and dancer and loves a chilled out Sunday in the bush with friends.

Alicia is a hard working quick-witted worker and is willing to help where ever she can. Born is Duiwelskloof and raised in Kwa-Zulu Natal. Alicia moved to Hoedspruit at the end of 2020.

Alicia is a very dedicated person especially where it comes to work, she gives it her all even when it is something new and different from what’s she is used too. Thus when she was given the opportunity to work with Antonia and her team she grabbed with both hands and gained a second family. She is very passionate about learning and trying new things while getting out of her comfortable place and goes by Ali.

Alicia when she is not working or home helping out her family and friends wherever she can, she is either reading or doing something artistic from painting to drawing.

Alicia is times described as quiet but she and a big heart and loves to help others before anything else.

Peggy has joined the Farm House team as the Assistant Manager, her passion for customer service and the perfect cup of coffee means she’s a vital part of our team and we wouldn’t be without her. She is a mother to 2 children and a grandmother to a little boy who keeps her remarkably busy on her days off.

Born in Gauteng, Peggy moved to Mpumalanga in her teenage years to continue her studies and move in with her grandmother. Before joining the Farm House team Peggy worked at Makalali Game Lodge and more recently at Royal Malawan as a personal butler and barista. 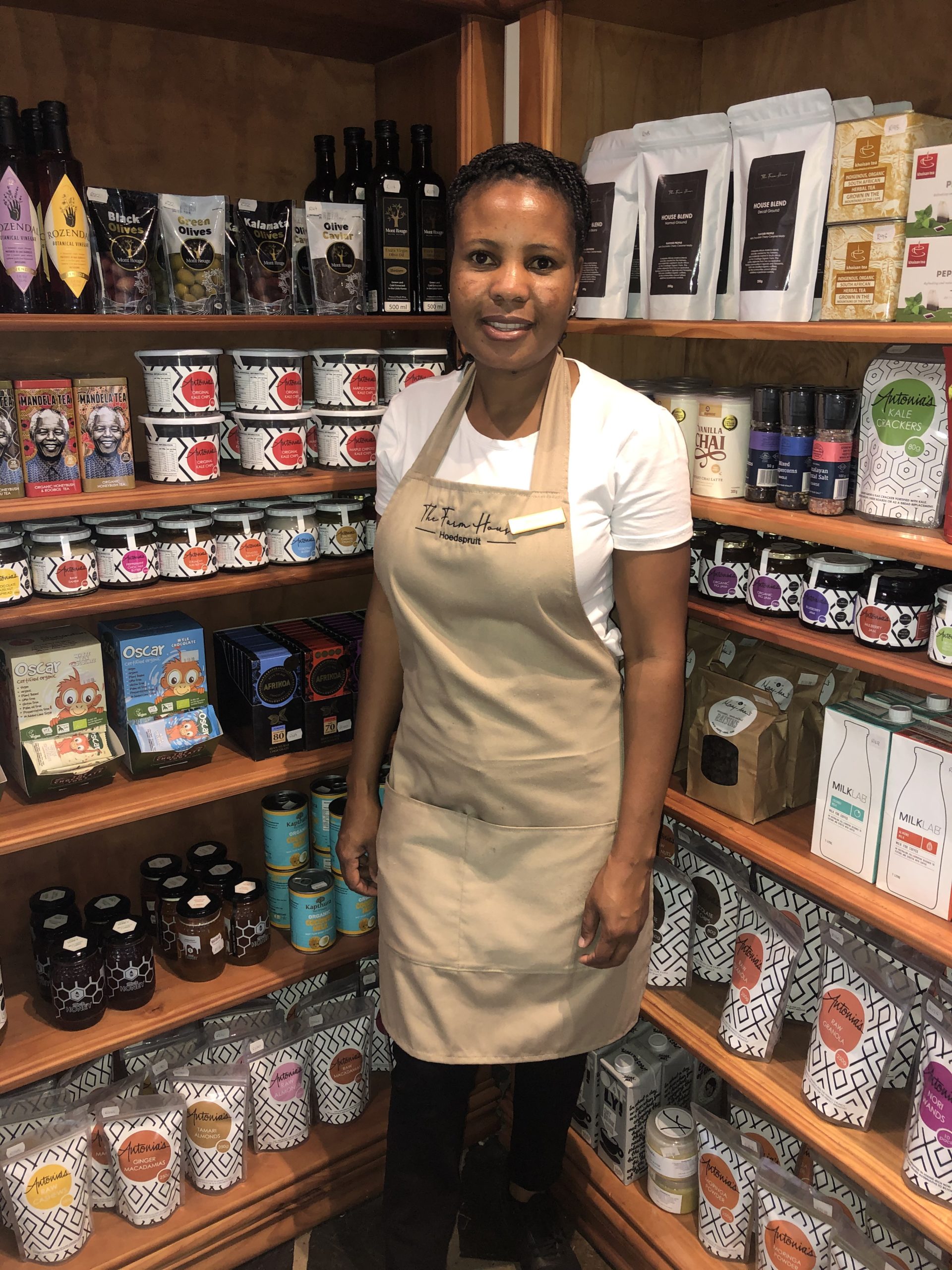 Get our latest updates.
Go to Top